The MD11 connects two DMX512 lines with 512 channels each to one single line. The same channel of both lines is connected in accordance with HTP (highest takes precedence). Example: channel 1, line A with channel 1, line B, etc.

The MD11 can be used for mixing the DMX512 data of two mixing consoles with shared priorities, for managing the backup of two DMX512 lines and for processing the DMX512 timing when using difficult utilities.

As far as backup-managing is concerned, the MD11 versions 2.0 and above dispose of two function modes for the case of interface failure.

1) If only one input is in use during an interface failure, the latest data of this input are held until one of the inputs (A or B) can recognize a DMX signal again.

2) Both lines receive a DMX512 signal, but all data at the input B (slave) equal zero. In case of an interface failure, the latest data of input A (master) are held until three seconds after at least one value of input B has become
unequal 0.

The MD11 can also perform signal processing, because both inputs can easily process a quick DMX timing with potentially varying parameters, while the output provides a stable and only slightly slower signal, which has so far been accepted by all connected utilities. 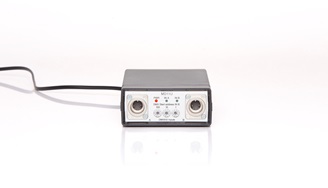 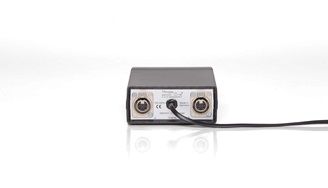 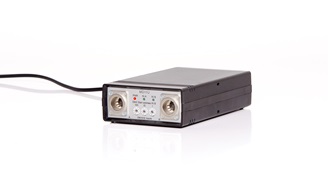